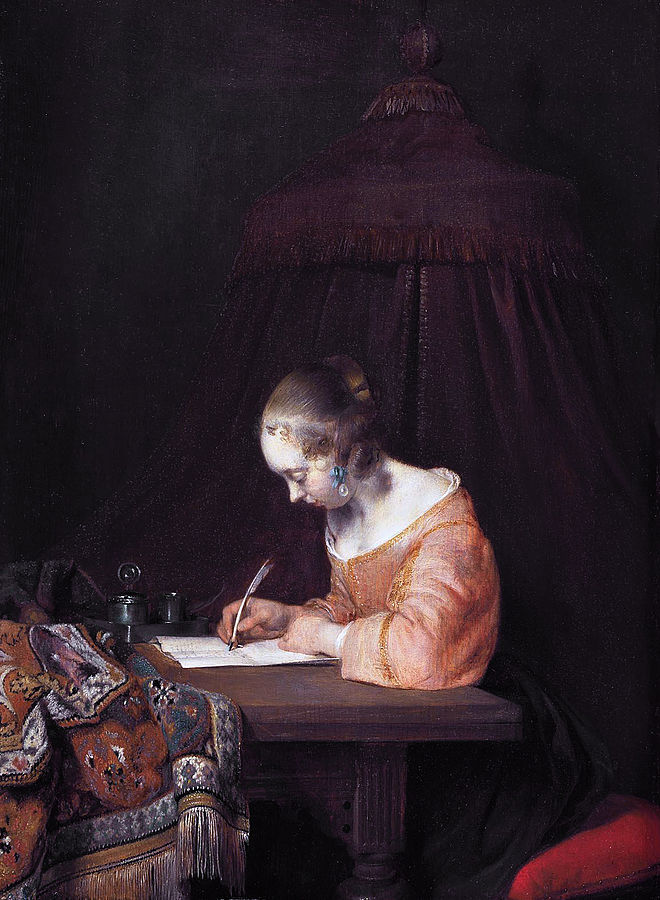 Paper is a fundamental material medium for communication and consequently the creation,
regulation, and administration of complex human communities of all sorts. Epistolography is
one of its most versatile and productive uses. Beyond the routines involved in the management
of economic, political, or religious institutions, the exchange of private letters informed a series
of discursive patterns for sentimental engagements, from friendship and family ties to what
has come to be known as romantic love. This sort of epistolary rhetoric, which circulated in
printed popular products such as handbooks on letter writing and works of prose fiction,
became a discursive mirror for emotional self-fashioning. It also contributed to the creation of
public personae with published collections of originally private epistles that followed the
models of classics and moderns like Cicero and Petrarch.

This seminar aims to explore this textual diversity with a particular emphasis on female
authors. We seek to gather a series of case studies that can exemplify how female
epistolography furnished discursive practices that facilitated not just the creation of private
and public personae, but also textual spaces for shared sentiments, and consequently the
creation of communities in which women sought to negotiate social and emotional spaces of
their own. Our seminar aims to sample cases that can illustrate these genres and practices from
different linguistic and cultural communities in the broad Mediterranean and European
contexts, with a particular focus on the Early Modern period (ca. 15th-17th centuries).
Keywords: paper, epistolography, prose fiction, women’s writing, history of emotions, networks,
republics of letters, self-fashioning, Mediterranean