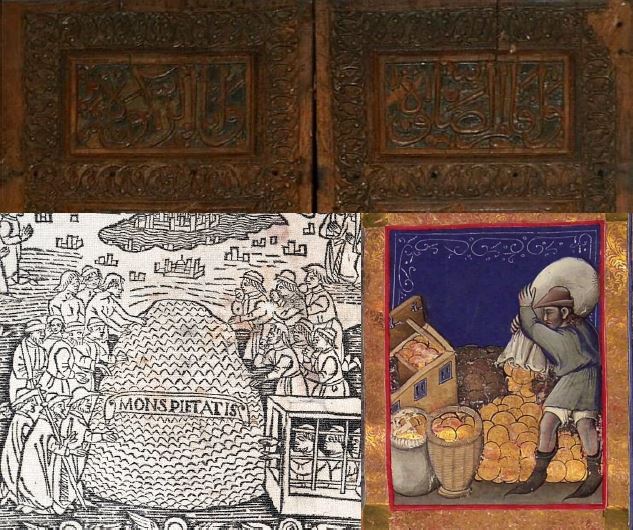 Goals of the Training School
Within the interconnected space of the Mediterranean – “probably the most vigorous place of interaction between different societies on the face of this planet”, according to David Abulafia – different communities dealt with the weak, the poor, and those in (even momentary) need by developing distinct and yet comparable responses. The PIMo Training School aims to explore which kinds of institutions and practices – in the name of the inner solidarity of a local community or of the broader call to help everyone – were put in place and how they were supported, both economically and conceptually. More concretely, how to move and use goods or objects (and which ones) for charity? How to persuade people that organized solidarity was a highly rewarding investment? Which role did different religious traditions (Jewish, Christian, Islamic) play in these dynamics? To what extent is a comparative approach not only possible but also necessary in order to rethink and reframe the whole process?

The PIMo Training School will investigate the multiple links between economy and charity in the Mediterranean area, from the fifteenth to the early nineteenth century, by investigating the material and immaterial goods that formed the basis for institutions such as: those supported by the legal framework of the waqf in the Islamic and Ottoman societies; Christian hospitals, charitable confraternities, and the Monti di Pietà; and forms of Jewish solidarity, like the collective efforts to redeem Jewish captives. How far can we speak of community economies for this period or even of a sort of welfare system?

The School’s main objective is to offer an opportunity for research development, training, and exchange of ideas for PhD students and postdoctoral researchers working in the fields of Mediterranean Studies, Economic History, Religious Studies, Late Medieval and Early Modern History, and Material Culture. The entangled intellectual, cultural, and material histories of the Mediterranean will be unfolded by
following the people, objects, and institutions that were involved in the enterprise of charity or mutual help. This school also aims to provide participants with a critical introduction to some of the most influential interpretative frameworks on these topics and to foster a discussion among trainees about their own research projects.

The medium of communication at the School will be English

Highlights of the program

The School will be held in Bologna (13–16 June, 2022). This will allow participants also to visit places like the Confraternita di Santa Maria della Vita, with its rich iconographic program, and the Archivio Storico del Monte di Pietà di Bologna, where they will be introduced directly to its documents.

Conditions of application
The applicants must be engaged in an official research programme as a PhD Student or an Early Career Researcher (ECR, less than 8 years between the date of the PhD/doctorate and the date of application) employed by, or affiliated to, an institution, organisation or legal entity which has within its remit a clear association with performing research.

The deadline for applications is 31 March 2022.
All application documents should be submitted directly to the attention of Prof. Marta Bucholc (bucholcm@is.uw.edu.pl) and to Dr Pietro Delcorno (pietro.delcorno3@unibo.it)