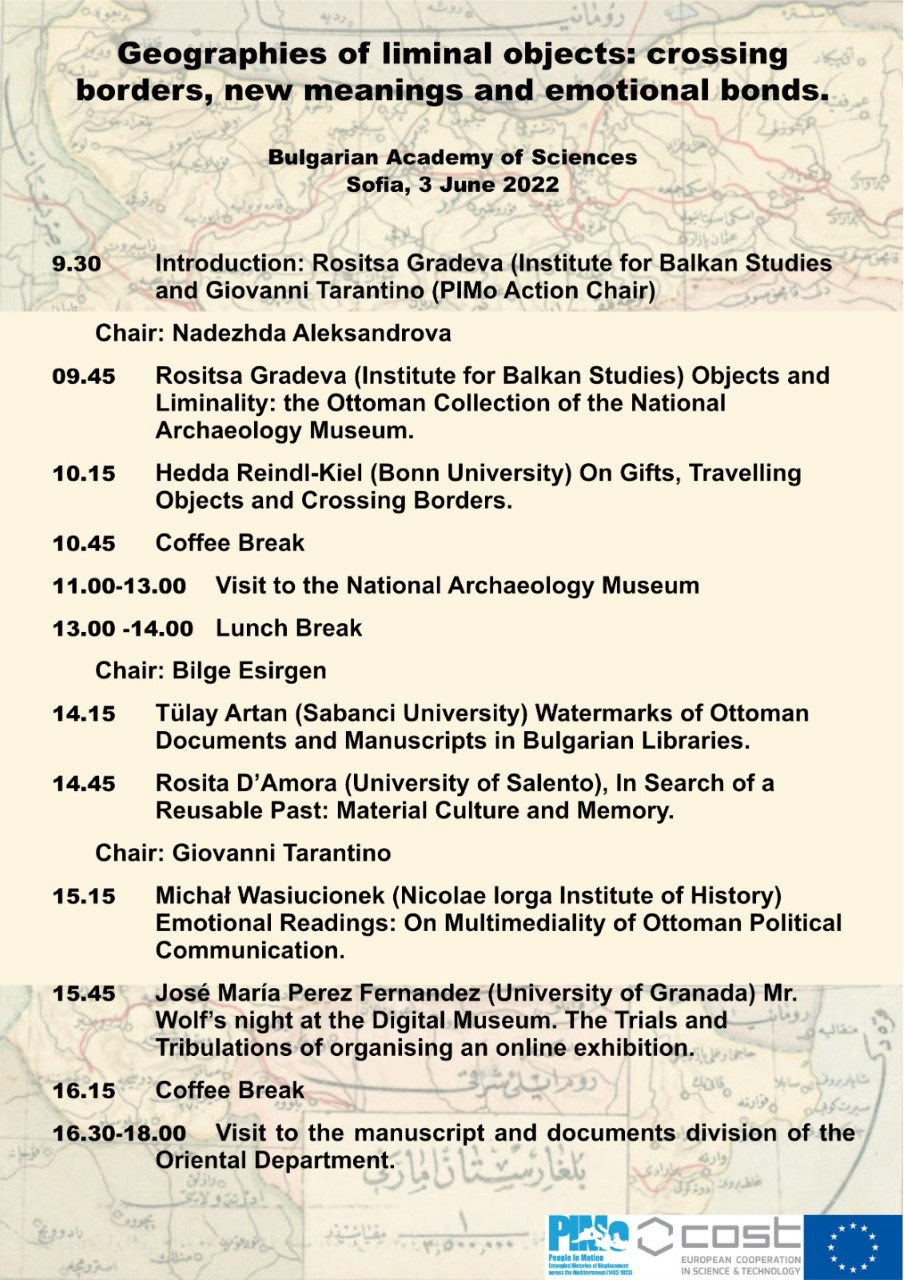 Movements of objects in the Mediterranean have always involved, first and foremost, commodities of different kinds that were bought, sold, appropriated or exchanged, from unprocessed or partially processed goods  (such as grain, fruits and vegetable or precious metals), global commodities (i.e. cotton, tea, coffee) to luxury items, often used in  diplomatic gift exchanges. Equally important, even though less investigated, are the many objects of daily use that travelers, diplomats and missionaries often carried with them in foreign lands for personal use.

These movements compose a complicated geography of objects through which it is possible to reconstruct multiple networks of people, commerce, exchanges and shared practices. Many of these objects crossing geographical, political and cultural borders, in situations of contacts, often acquired new forms of use while their meaning was constantly renegotiated. This appears evident, for instance, when the use of certain objects was associated with liminal personas, shifting, voluntarily or involuntarily, between different worlds (i.e. Islam and Christianity, East and West), such as travellers, merchants or slaves returning home after having been prisoners of the ‘Infidel’. Flags and banners captured during military battles and then reused, often in religious places, to celebrate the defeat of the enemy; items of clothing that were reutilized in different contexts for a different purpose (i.e. returned slaves wearing shabby dresses and shackles and chains even after their return to Christianity as a proof of having been enslaved without apostatizing); watches/clocks which sometimes served as a marker of social status rather than as an instrument of time-measuring; cultural objects collected as ethnographic specimens or objet d’art are only some of the objects that acquire new uses, new meanings and new emotional attachments.

This workshop will aim to investigate liminal objects and the new geographies that they produced, examining, at the same time, how they carry the viewer and the user to new perceptions, definitions and emotional bonds. Further exploring how these new geographies often limited perceptions and definitions, while also achieving new dimensions of openness and indeterminacy.