Given the exceptional circumstances brought about by the Covid19 pandemic the conference organizers might consider the possibility of holding the conference exclusively online in case international travel restrictions or domestic circumstances in Spain constrain us to do so.
In the meantime, we recommend all attendants purchase travel cancellation insurance, which is an eligible expense under COST regulations (see the note towards the end of this document).* Please note that these suggestions only apply to PIMo members whose expenses are covered by the COST association. 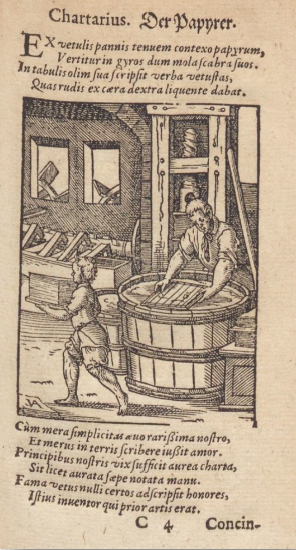 The Paper in Motion Work Group is part of the COST Action CA18140 PIMo and seeks to look into paper as a medium for the codification and exchange of information, ideas, emotions and value.

We aim, in short, to:
• establish to what extent the use of paper determined the strategies and methods employed in the administration of the movement of people, ideas and goods;
• look into the role of paper as a tool for the establishment of complex communities and networks (political, economic, religious, scientific, and intellectual) across the Mediterranean;
• examine the use of paper for communication and trade across the Mediterranean during the general process of financial, political and cultural globalization between the end of the Middle Ages and the early years of the 20th century.

We accept papers and panels on the following subjects, as well as other potentially relevant topics not listed below:
– Methodological issues: paper as a medium, the so-called paper revolution, paper and communication studies.
– The history of paper as a case of material and semiotic mobility.
– Paper production and trade.
– Paper in motion: paper and global connectivity.
– Administrative networks and the circulation of paper-based information.
– Paper and people in motion: identity, personal documents, migration.
– Paper and the dematerialization of the economy and finance: paper money and paper-based financial instruments
– Paper and knowledge: the circulation of ideas and the rise of modern science.
– State and institutional archives and the projection of power.
– Paper and the codification of emotions: the epistolary foundations of the modern self
– Documentary archives as cultural icons and repositories of political and cultural capital.

This is to allow participants to cancel their hotels and minimise costs under Force Majeure for COST. Of course, Force Majeure will also apply where, within those 48 hours before the meeting, such a new prohibition is put in place.

Participants must provide supporting documents to prove the prohibition (for example a screenshot from a National Foreign Affairs website, or any other competent ministry regarding travel restrictions, or a quarantine certificate)