Kader Attia was born in 1970 to Algerian parents in a suburb north of Paris. Now working in Berlin and Paris, he draws on the experience of living in two cultures as the basis for his artistic practice. Attia is not only an artist but also an activist. Until recently, he ran a discourse and exchange platform in Paris, in which people from a wide range of cultures and social backgrounds participated.

Attia has been concerned with Europe’s colonial past and its after-effects for many years. The interplay between modern architecture and the history of colonialism is strikingly symbolized by the large sculpture ‘Indépendance Tchao’ (2014), which references the now-abandoned 1960s ‘Hôtel de l’Indépendance’ in Dakar. It is made out of old metal filing boxes used by the French colonial police in Algeria during the war of independence to collate information on the rebels.

In his new video installation ‘The Object’s Interlacing’ (2020), which Attia has created specially for the Kunsthaus Zürich, he addresses the much-debated topical issue of ‘restitution’ of non-Western, especially African artefacts. The work is an attempt to delve deeper into this complex subject. It includes the voices of historians, philosophers, activists, psychoanalysts and economists. Kader Attia gathers the varying standpoints together, without apportioning blame, in order to achieve a nuanced analysis of the topic.

The theme of ‘injury’ and ‘repair’ plays a central role in Kader Attia’s work. ‘Repairing’ something means restoring it to its former state; but for Attia, the word also extends to reparation – making amends for a previous wrong. He plays with this double meaning, investigating the various concepts that lie behind the term in both the Western and the non-Western world. Attia presented a striking work on the subject at ‘documenta (13)’ in Kassel in 2012, where his large-scale installation ‘The Repair from Occident to Extra-Occidental Cultures’ filled an entire hall. Among other elements, it comprised wooden busts of people with disfigured, ‘broken’ faces. These ‘gueules cassées’ were soldiers who survived the First World War but were scarred for life by the terrible wounds they suffered. Kader Attia travelled to Africa with photos of the injured that he had found in German and French historical archives and, working with traditional craftspeople, sculpted busts from the photos in the former colonies. The work deals with the horrors of war but also references the relationship between Western modernity and Africa – and turns history around.

The 2018 video ‘The Body’s Legacies. The Post-Colonial Body’ (2018) tackles structural violence against black bodies. The impetus for this work came from an incident that occurred in a Paris suburb in February 2017, in which a young black man, Théo Luhaka, was beaten and raped with a truncheon during a routine stop by the police. Kader Attia uses this brutal manifestation of French state power as the basis for a reflection on what the body of formerly colonized and enslaved peoples has become – an issue of urgent topical relevance given the tragic death of George Floyd in the US.

In ‘La Mer Morte’ (The Dead Sea, 2015), second-hand blue clothes – jeans, shirts, sweaters, hats, and shoes of adults and children – are strewn on the floor. The installation is a highly emotional work, a powerful gesture and a quietly disturbing monument for the millions of people taking the sea and the many finding their death. 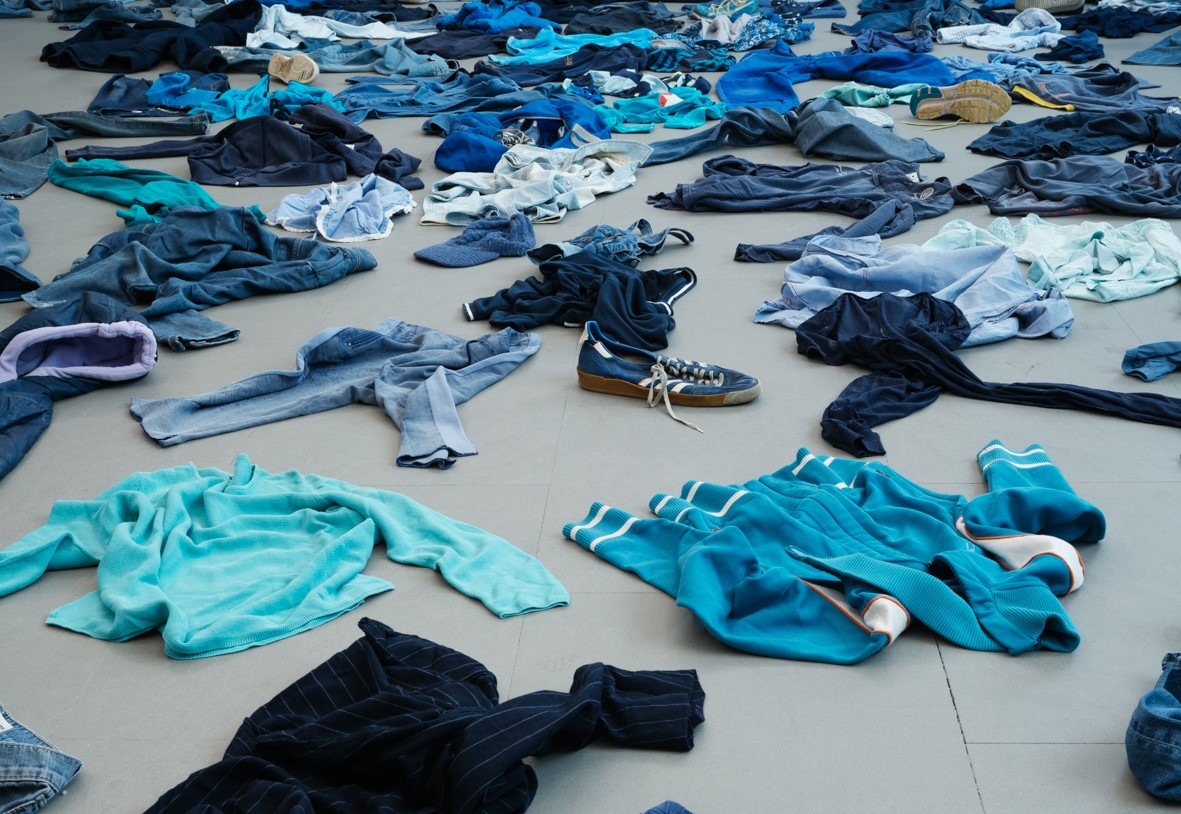 The Kunsthaus Zürich presently shows the remarkable exhibition ‘Kader Attia. Remembering the Future’ (until November 15, 2020). Together with the show’s curator, Mirjam Varadinis, Attia has conceived an accompanying program. In the ‘Artist Talk’ that took place on September 13, 2020, many topics were raised that are of highest pertinence for PIMo. The Kunsthaus kindly granted us permission to post a link to the visual recording.