A consistently and purely maritime perspective on the land is difficult for a territorial observer to comprehend. Our common language constructs its markers quite self-evidently from the land.

Reflection is the courage to make the truth of our own presupposition and the realm of our own goals into the things that most deserve to be called into question.

Martin Heidegger, ‘The Age of the World Picture’

Schmitt and Heidegger: two deeply conservative thinkers, and both directly associated with Nazism, who nevertheless leave us with a radical interrogation of the manner and method of our thinking. As in all Occidental philosophy, what they have to say is bound to the negated geography of their language. There are no bodies here, and certainly no others; or rather the latter are displaced and reduced to the excluded world upon which they build their pronouncements. Both thinkers are obsessed with the West’s worlding of the world. Although they never give up on the white myth of the universalism of their thinking, they do take us to the limits of that constellation and there undermine the attempted transformation of truth into the ‘certainty of representation’ (Heidegger). They insist, even if they refuse to grasp fully the consequences, of a shift in the plan, the projection and the paradigm. In their melancholy conclusions both join hands with Hölderlin and turn back to the gods for salvation. However, we know only too well that melancholy marks a blockage, a refusal to work through the wreckage and remains of the past in order to pull out of the teeth of history another configuration of the present. Even the most acute of contemporary philosophers – here thinking of modern migration reduced to the anonymity of Giorgio Agamben’s noted definition of the ‘camp’ and ‘bare life’ – still move within this metaphysical cage. This is to remain within the limits of a discourse, a paradigm, a particular history. The sea proposes more than this.

With no pretense to speak outside the cage, stripped of my language and formation, it is nevertheless possible and necessary to look through the gaps between the bars. It remains impossible for me to cut myself loose and fully adopt, as though from scratch, another language and history. So, while I will abandon them on the shore, the voices of Schmitt and Heidegger continue to echo in my attempt to disband the colonial method of the West. This, in its extremes, may also mean to recognize the fascism and racism within the very body of my language, thinking and practices. To recognize is to begin to redeem that tradition, expose it and render it vulnerable to the previously unauthorized.

The challenge of the sea

Recently reading Cristina Sharpe’s In the Wake, I was struck by the following description:

And then considering death at sea, the corpses left to decompose in marine graves – those of the slaves thrown overboard from the British slave ship Zong evoked in William Turner’s famous painting of 1840 The Slave Ship, and those of today’s migrants rebuffed and rendered non-persons by European law – she writes:

What happened to the bodies? By which I mean, what happened to the components of their bodies in salt water? Anne Gardulski tells me that because nutrients cycle through the ocean (the process of organisms eating organisms is the cycling of nutrients through the ocean), the atoms of those people who were thrown overboard are out there in the ocean even today. They were eaten, organisms processed them, and those organisms were in turn eaten and processed, and the cycle continues. Around 90 to 95 percent of the tissues of things that are eaten in the water column get recycled. As Anne told me, “Nobody dies of old age in the ocean.” The amount of time it takes for a substance to enter the ocean and then leave the ocean is called residence time. Human blood is salty, and sodium, Gardulski tells me, has a residence time of 260 million years. And what happens to the energy that is produced in the waters? It continues cycling like atoms in residence time. We, Black people, exist in the residence time of the wake, a time in which “everything is now. It is all now” (Toni Morrison).

In this molecular reactivation of the Atlantic slave trade set within the contemporary necro-politics of modern Mediterranean migration, where the historical weight of the adjective black stretches back and forth across the Atlantic and into the Mediterranean, we catch the sharp sense of a temporality that refuses to pass. As Avery Gordon has put it: ‘How do we reckon with what modern history has rendered ghostly?’ Here the modern market economy and its dependence on subordinate labor, most dramatically rendered explicit in slavery (both past and present), touches the deeper tempos of ecological decomposition and re-composition on time scales beyond the human.

The Mediterranean is frequently evoked as the metaphor for the multifarious faces of modernity: from its presumed roots in classical Greece to the ever tighter intertwining of Africa, Asia and Europe in its waters induced by today’s immigration ‘crisis’. From the beginning to the end of this parabola, questions of cultural identity, together with historical and political authority, have been elaborated, contested and imposed. Sedimented in its waters, as though in a liquid archive, both ancient amphorae and contemporary migrant bodies propose an inescapable materiality that breaches the metaphorical consolation of language. Unable to reduce the complex spatiotemporal heterogeneity of this stretch of water to a unique narrative, our language inevitably splutters on the edge of the unsaid and the indecipherable. The sea, with its fluid and tempestuous custody of the ebb and flow of histories we seek to know, frustrates our rationality. This maritime challenge, famously rehearsed by Friedrich Nietzsche (‘…at last our ships can put out again, no matter what the danger, the sea, our sea lies there open before us…’), suggests, beyond the more obvious appeal to the necessity of interdisciplinary and trans-national analyses, the registration of limits, confines and borders. Such limits are never simply barriers. They are also productive in their invitation to consider what exceeds our conception and control. To take an obvious example, we could consider the most widely spoken language, in all of its variants and dialects, in the Mediterranean Basin: Arabic. Perhaps an ‘Arabic Mediterranean’, in the manner we Europeans are accustomed to consider such coordinates, does not exist. As a minimum it certainly evokes a very different set of perspectives and lexicons. It suggests an archive that does not merely mirror a subaltern and repressed version of that elaborated over the last two centuries on the northern European shore. At the same time, this is not to propose a separate alternative, but rather to consider the underside and the unconscious dimensions of a Mediterranean which when laid out flat as the map betrays the limits of its modern European inscription.

Through this detour we can now return to the Mediterranean and to the sea. In commemorating the termination of Western metaphysics (although, of course, it refuses to be overcome), we not only find ourselves on the shore learning other coordinates and listening to other languages, but have also acquired a deep skepticism towards the knowledges and methodologies that continue to dominate explanations of the modern world. If that inheritance cannot be abandoned – we would be left speechless and powerless – it can nevertheless be crossed, confused and confuted by other trajectories. This might draw us towards the more inclusive concept of difference without separability proposed by the Afro-Brasilian philosopher Denise Ferreira da Silva.

To think with the Mediterranean in the light of the wreckage on the shore, that is to remove it from the calculus of Occidental objectivity and relocate in the intersecting currents that composes the historical density, cultural complexity and epistemological challenge of a dynamic constellation irreducible to a single language or point of view, no matter how universal its claims, is to decolonize and de-link it. By that I mean to renegotiate historical sense and cultural semantics in an altogether more extensive series of concerns not necessarily authorized in the semantics of Europe and the West. This is not to opt for the other shore in the search for a separate and distinctive view. I do not read Arabic or Turkish. If I cannot ‘go native’, neither do I wish to speak for the other. Rather, what I seek to touch and register (rather than represent) ­are the subaltern, negated and repressed histories sustained and suspended within the Mediterranean that compose its complexity, trespass the existing frame and interrogate my language. 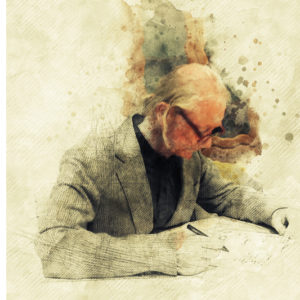 Iain Chambers teaches cultural and postcolonial studies of the  Mediterranean at the University of Naples, “Orientale”. Among his recent publications are Mediterranean Crossings. The Politics of an Interrupted Modernity (2008), Mediterraneo Blues. Musiche, malinconia postcoloniale,  pensieri marittimi (2012), Postcolonial Interruptions, Unauthorised Modernities (2017) Location, borders and beyond. Thinking with  postcolonial art (2018), and La questione postcoloniale (with Marta  Cariello, 2019).