Between the end of the 19th century and the beginning of the 20th, the rising interest in Phoenicio-Punic antiquities fostered an intense movement of ideas amongst different scholars. Such a flow aimed at developing a framework for studying the Phoenicio-Punic culture, poorly known until that time. Although some Phoenicio-Punic items were already known in the 18th century, when they were forming part of European nobles’ and bourgeois’ private collections, it was not until the 19th century that a real interest in Phoenicio-Punic culture eventually developed. From the second half of the 19th century onwards, Phoenicio-Punic objects began, in fact, to be studied not only for their artistic value but mostly in light of the importance they had in relation to Phoenician presence along the Mediterranean shore. In Spain, amongst the main actors involved in this changing cultural scenario, there was certainly Antonio Vives, one of the most controversial figures in Spanish historiography (Fig. 1). 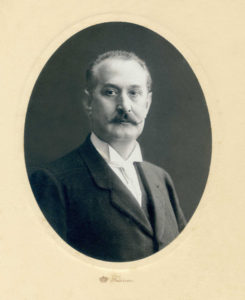 The date of origin of scientific Phoenicio-Punic archaeology in Europe can be traced back to 1860-1861, when Renan – a French biblical scholar – conducted an archaeological expedition to the Levant. Renan’s experience produced a pioneering book that introduced to the contemporary scholarship the results of his excavations in various Phoenician settlements; this publication significantly increased the Phoenician archaeological material previously available.

Barely two decades later, Delattre began his excavation on the site of Carthage (Tunisia) (Fig. 2). Between 1898 and 1899, he excavated the Punic necropolis of Saint Monique, sending reports with his results to the major journals of that period. By the end of the century, the echo of Delattre’s findings at Carthage had already reached a wide international audience, and thus in 1892 he was invited to exhibit a selection of photos depicting his discoveries at the Exposición Histórico-Europea held in Madrid. On that occasion, eleven boxes containing photos of Delattre’s excavations were sent to Madrid from French Tunisia, and were displayed within a specific room of the Archaeological Museum of Madrid. 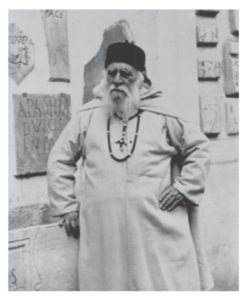 Fig. 2: Alfred Louis Delattre (1850-1932) at the Musée Lavigerie de Saint-Louis de Carthage, that he founded in 1875 (Photo: Archive of the White Fathers – Missionaries of Africa, Rome).

At that time, Vives was 33 years old and, whilst still formally a student, he was collaborating with the Archaeological Museum of Madrid. Particularly, he was curating the Arabic-antiquities section for the Exposición Histórico-Europea. There is no explicit evidence that Vives could have seen Delattre’s photos and that this first approach stimulated his interest in Phoenicio-Punic culture; however, it is highly probable. Indeed, starting from 1905, his career – until that point mainly focused on numismatic and Arabic antiquities – began to be strictly connected to the study of Phoenicio-Punic archaeology and, above all, to the island of Ibiza, to which he devoted the last 20 years of his life. Specifically, between 1910 and 1914, he managed to excavate the Phoenicio-Punic necropolis of Puig de Molins; yet, this campaign contributed significantly in casting a shadow on his contribution to Spanish archaeology, since Vives did not explain in his publications the methodology he employed during the excavations, and he finally decided to transfer all the objects he found to Madrid.

Despite the problems connected to the excavation at Puig des Molins, can we say that Vives made a real contribution to Phoenicio-Punic archaeology in Spain? And how should we read his works in light of his contemporary cultural context? From 1905 to 1925, Antonio Vives wrote five works on Phoenicio-Punic archaeology and, although some of them were never made public, they all follow the same layout. They lack details on the methodology employed during the excavation; however, they focus on the classification and description of the objects found during the campaign, according to a scheme that is perfectly conforming to the reformer principles of the archaeological discipline at the beginning of the 20th century. Vives’ works always contain a systematic classification of all the materials according to their corresponding typology and there is little doubt that this way of proceeding was deeply influenced by his background as a numismatist. Another undeniable quality of his contributions is the attention he devoted to graphic material: beyond providing his works with sketches, plans and sections, Vives attached a significant number of photos, frequently taken with innovative techniques. At that time, the documentary value of photography in archaeology was not still widely assumed, hence its use by Vives should be read as an attempt to adjust his scholarly production to the contemporary international standards. Additionally, since Phoenicio-Punic archaeology was then so poorly known, the publication of detailed graphic materials made available to other scholars a kind of information that was otherwise difficult to access, thus easing the identification of possible comparisons.

Vives’ involvement in the contemporary debate around Phoenicio-Punic archaeology is apparent not only in the way his works are organised but also in their contents. For preparing his contributions, Vives travelled to different European museums that were hosting important Phoenicio-Punic collections: in particular, he appeared to know the pieces exhibited at the British Museum, the Louvre, and the museums of Berlin, Cagliari, New York, Palermo, Siracusa and Malta. As for research travels, a friend and colleague of his, Mélida, stated that Vives visited Sardinia and Algeria with the purpose of cataloguing his findings at Puig des Molins and publishing them. Some years later, on the occasion of Vives’ death, the same Mélida remembered a series of research travels that Vives realised to Sicily and North Africa. However, due to the lack of specifications, it is not possible to reconstruct Vives’ exact movements during these travels, nor to know whom he possibly met.

Vives Escudero can be considered as one of the main actors of that period of transition in which the roots of modern Phoenicio-Punic archaeology can be traced back. In his work, it can be noticed how the craving of possessing was now converted into a desire of knowing and understanding, a goal that could be achieved only through a constructive and up-to-date exchange of ideas with other scholars.